The following symptoms may be related to oesophageal diseases:

Patients suffering from cirrhosis of the liver may develop oesophageal varices. The vessels can easily leak and cause life-threatening bleeding.

Oesophageal cancer is three times more common in men than women. Unfortunately, this type of cancer is frequently detected late; only when the patient complains about difficulty swallowing. Causes commonly include excess consumption of alcohol, smoking and heartburn.

The following symptoms are typical for gastric diseases:

Most symptoms are caused by an inflammation of the stomach’s lining (gastritis). The mucus lining is disrupted by the acidity of the stomach, which may be caused by certain medications, excessive smoking and drinking, as well as by viruses and bacteria.

An important role is attributed to bacteria found in the stomach, called helicobacter pylori. It can cause chronic inflammation and leave behind open wounds in the stomach or the duodenum (ulcers). If left untreated, complications such as bleeding or stomach rupture may occur.

A dysfunction of the stomach where the exact cause is unknown, is called functional dyspepsia. Symptoms include abdominal pain, an early sense of satiety, feeling of fullness, abdominal pressure, acid regurgitation, burning sensation, loss of appetite and intestinal gas. The symptoms may vary in terms of strength and duration. The exact cause is yet unknown, however dietary habits, food intolerances and mental stress are amongst the suspected contributing factors.

The following symptoms may be experienced in case of bowel diseases:

Enteritis, one of the most common bowel diseases, is an inflammation of the small intestine.  Pathogens and parasites taken in through food or contaminated water may damage the intestinal mucosa. Roughly one third of all cases are caused by viruses and result in diarrhoea, abdominal pain and loss of appetite.

If the inflammation only affects the appendix, the patient suffers from appendicitis, which is caused either by pathogens or foreign objects (such as fruit stones).Typical complaints are pain in the abdominal region or around the navel, nausea, vomiting, loss of appetite and fever. The condition requires surgery to prevent rupture.

Inflammatory bowel disease (IBD) is an inflammation of the colon and small intestine with recurring abdominal pain and diarrhoea. Crohn’s disease and ulcerative colitis are the two principal types of inflammatory bowel disease. In spite of both diseases being different diseases, they present very similar symptoms, making it difficult to distinguish between the two. There are, however, several differences. Crohn’s disease may affect each part of the digestive tract, while ulcerative colitis primarily affects the colon. Causes of IBD are yet unknown. Studies show immunological responses to the gut bacteria or substances in patients with a genetic disposition. The diagnosis is usually done through blood and stool samples, as well as through biopsies on endoscopy.

Benign tumours (adenomas or polyps) can frequently be found in the colon. Generally they are considered harmless; unfortunately they may become malignant over time and turn into colon cancer.

Colon cancer has become one of the most common malign types of cancer of the digestive tract. Chances of recovery are in fact high if diagnosed early.  Regular checks are recommended after the age of 50!

Hollow pouches in the colon are called diverticula. They are probably caused by hard stools which require a high pressure in the colon to transport further. When diverticula become inflamed, the condition is known as diverticulitis.

A disease similar to the stomach’s functional dyspepsia can be found in the colon. Irritable bowel syndrome presents itself primarily with chronic abdominal pain, irregular stools, and flatulence without any pathological changes to be detected. Suspected causes are poor eating habits and psychological issues. Since the symptoms of irritable bowel are similar to those of colon cancer, it is recommended to see your gastroenterologist for diagnostic workup.

Another common colon issue is coeliac disease, which is the failure of the mucous membrane to tolerate gluten. Gluten is the protein found in wheat, rye and oats. Coeliac disease is probably caused by a hereditary enzyme defect. 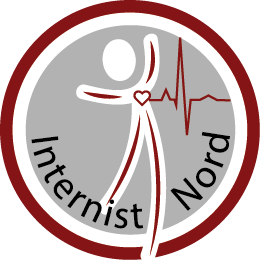